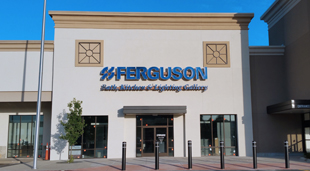 SUGAR LAND — Sugar Creek Village (Sugar Creek Blvd and Hwy 59) has a number of new tenants joining its already diverse mix. Fishing Tackle Unlimited, a 20+year old Houston Company opened its third location in November of 2015. The company stated that they chose their new home based on the convenience of its location and the draw it would see from Fort Bend County to Matagorda County. Fishing Tackle has inventory for the freshwater, saltwater, fly fisher, bank, pond, party boat, offshore, tournament fisherman or fisherwoman.

Ferguson Kitchen, Lighting and Bath Gallery is scheduled to open its fifth Houston area location in mid-July. Nathan Wynne, broker for Ferguson, stated “A number of aspects ultimately attracted Ferguson to Sugar Creek Village. It has strong demographics, accessibility and visibility off a major thoroughfare.”

The showroom will feature high-end finishes to display products to professional contractors, builders, designers and homeowners.

Mystic Dessert Bar, the latest concept by Berryhill’s franchisee Jeff Brooks, opened in April with high acclaim. The dessert bar offers everything dessert related, and the store is truly a wonderland for children and adults alike. Additionally, awakend yoga relocated from Highway 6 last year and A.M. Lash Spa opened its doors during the holidays last year.

The center was developed by Buster Freedman, President of United Equities, Inc. in 1980 and was one of the first grocery anchored shopping centers in Sugar Land. Freedman says that he chose the location based on direct access to Highway 59 because accessibility is a key component to the success of any retail center.

The shopping center’s occupancy level has remained between 95-100% over the past 35 years. With the addition of these newest tenants the center has only two small spaces available for lease.