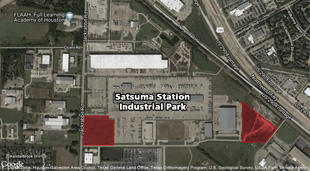 United Equities in the News

Yet another chunk of competitive northwest Houston land has been scooped up by a local developer looking to add more industrial properties to the submarket.

Several business parks in northwest Houston still have remaining tracts of land for sale, but the submarket has grown increasingly dense as industrial developers look to scoop up parcels of land adjacent to U.S. 290 and the Grand Parkway.

United Equities is working on several other projects in northwest Houston. The company's wrapping up a 40,000-square-foot built-to-suit industrial property on U.S. 290 and Harms Road for Howden, a U.K.-based global manufacturing company. That project will deliver in the next 60 days, Freedman said. In 2012, United Equities developed a Fiesta-anchored shopping center at Fry Road and Farm to Market Road 529; the company's currently developing more pad sites at the shopping center.

United Equities has historically focused on retail properties, though has recently focused more on industrial developments throughout Houston in addition to continuing to seek out retail opportunities. The company has 20 employees in Houston and declined to disclose its revenue.

Just a few miles away from United Equities' developments in Satsuma Station Business Park, Tennessee-based FedEx Ground recently opened its 800,000-square-foot sortation center off the Grand Parkway and north of FM 529. Dallas-based Stream Realty is nearing completion on its 411,442-square-foot cross-dock distribution center dubbed Northwest Logistics Center. It's being built speculatively on 26 acres south of Highway 290 and east of Beltway 8.